Stuart James Burgess has a BFA in Fine Art and Art Education from the Nova Scotia College of Art. He lives on a bush lot on the Bruce Peninsula and the creatures that share that environment inhabit his work. He primarily uses coloured pencil and linoprinting to create his images, but has been known to paint the odd bison skull. 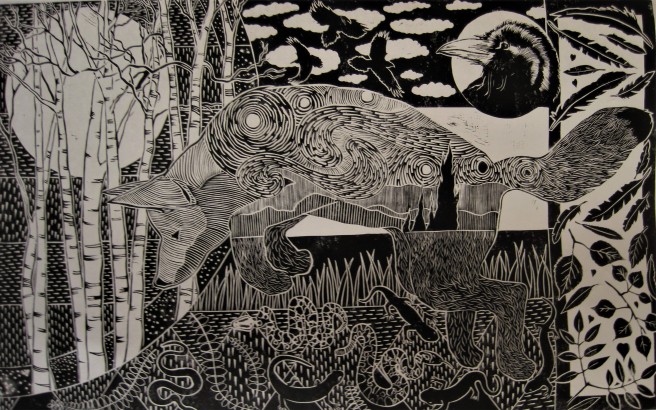 Leaping Coyote on a Star 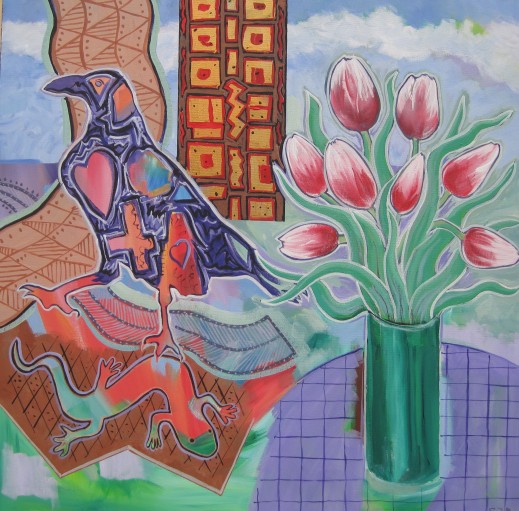 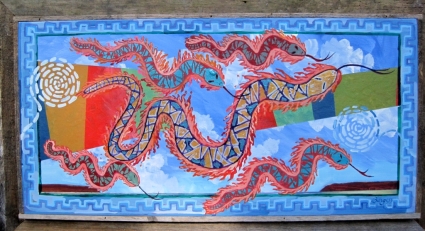